Prosecuting claims often depends on whether the claim is timely, whether a separation agreement blocks the claim, and the appropriate venue for the claim.

If you or a loved one have been the victim of personal injury due to product liability, insurance bad faith, catastrophic injury, car accident, wrongful death due to negligence, or wrongful termination, then you should seek out a liability claim attorney right away.

The liability claim lawyers at Colby Law Firm are ready to help you fight for rightful compensation while seeking punitive damages from the wrongful party. We won’t let bad faith employers or insurance companies dismiss your insurance claim or wrongful death claim.

We understand that filing an injury claim isn’t just about money; it’s also about relieving you and your family of the emotional distress that the injury has caused. Our dedicated team is well-versed in liability law, and is ready to give your claim the attention it rightly deserves. You need a claims lawyer in Los Angeles you can trust. You need Colby Law Firm.

Breach of a Written Contract. Four years from the date the contract is breached.⁠ Code of Civil Procedure § 337.

Discrimination, Harassment or Retaliation Statutory Claims. Claims must be filed with the DFEH within three years of the date of the discrimination or harassment.⁠ Government Code § 12960 (a).

Fraud or Mistake. Three years from the date of the harm.⁠ Code of Civil Procedure § 338(d).

Libel or Slander. One year from the date the defamatory statement is made.⁠ Code of Civil Procedure § 340.

Personal Injury. Two years from the date of the injury.⁠ Code of Civil Procedure § 335.1.

Statutory Penalties. Typically one year from the date of the violation.⁠ Code of Civil Procedure § 340(a).

Unfair Competition. Four years from the date the harm or wrongdoing occurred.⁠ Business and Professions Code § 17208.

Unpaid Wages. Three years from the date the wages were owed. Code of Civil Procedure § 338(a)

Separation Agreements, such as severance and release agreements, typically provide for a general waiver and release of claims by the employee in favor of the employer, in exchange for a payment.

Separation Agreements do not always prevent former employees from asserting their legal rights. There are limits to the enforceability of certain parts of separation agreements.

Employers must provide something of value that they do not already owe to the employee – referred to as “legal consideration” — for the overall agreement to be enforceable; an employer cannot simply promise to pay owed wages or vacation (or nothing at all) to support the agreement. Civil Code §§ 1605-1615.

Claims for wages owed without any good faith dispute cannot be released or waived. Labor Code § 206.5.

Any provision in a separation agreement (or in an employment, arbitration, or settlement agreement) that prevents a party from disclosing or testifying about the facts relating to workplace harassment, discrimination, or retaliation is prohibited and invalid (however, it is permitted to have a provision that keeps confidential the amount paid in settlement of a claim).

Many claims are asserted and resolved without filing a claim in an administrative agency, court, or arbitration. Employees and/or their lawyers assert claims informally and usually confidentially to their current or former employers, and the parties reach a settlement without having to file a lawsuit.

Mediation a voluntary settlement negotiation, but instead of between the parties directly, it is through a private, neutral person known as a “mediator.” The mediator is selected by mutual agreement of the parties. The mediation process is not binding, meaning that the mediator does not decide the dispute but instead merely facilitates a negotiation between the parties. Mediation is an option before or after filing a claim.

The federal government and the State of California have administrative agencies tasks with enforcing employment laws. Anti-discrimination, harassment, and retaliation laws are enforced by the federal EEOC and California DFEH; wage-and-hour laws are enforced by the federal Department of Labor and California Labor Commissioner. Agencies are available to investigate and resolve claims, but workers who have lawyers often opt for litigation to resolve disputes.

Federal and state courts are the venue for employment lawsuits. Litigation starts with the filing of a lawsuit, and includes discovery to gather evidence and “motions” by the parties based on legal arguments, and ends with a jury or bench trial unless the case settles first.

Arbitration is similar to litigation except that instead of in federal or state court, it is before a private, neutral decision-maker (usually a retired judge), who is paid by the company. It is the same as court in that the decision is binding. Companies generally prefer arbitration because it prevents employees from filing “class” or group claims and because the case is not heard and decided by a jury.

Class action lawsuits are that are filed on behalf of a group of employees based on a common set of facts and allegations. It is often in the wage-and-hour context challenging time, break, expense, and pay practices. Private Attorney General Act (PAGA) claims are when an employee may step into the shoes of the State of California to enforce Labor Code provisions on a group basis.

What Is a Liability Claim?

Liability claims occur when an insured party is subject to allegations from a third party that they are responsible for some form of damage or loss. Typically, the insured party reaches out to their insurance company for help with handling the claim, which often comes in the form of financial assistance. Liability claims are usually filed when an action taken by the insured party causes physical or financial injury to a third party. For example, a contractor may face a liability claim if they damage an expensive antique while remodeling a client’s home.

What Do I Have to Do Before Suing a Public Entity?

To prove wrongful termination occurred based on things such as race, gender, or pregnancy for example. Proof is needed, such as a personnel file related to when you clocked in/out, performance reviews, emails, and statements from colleagues/supervisors which can help disprove an employer’s claim that you were fired for performance-related issues. Employers may say they fired you because of misconduct, poor performance, or consistent absences from the workplace. If none of these reasons are true you need to work with an unlawful termination lawyer to provide proof for your case and advise on the best type of proof.

Can a Liability Claim Have Multiple Defendants?

Wrongful termination qualifies when an employer fires you in any way that violates the company’s policies, and without a legal cause or without proper notice. Examples include: Whistleblowing: An employee reports their employer for breaking the law. Discrimination related to age, race, gender, national origin, or sexual preference. Public Policy Violations: if you refuse any order from an employer to break the law. Taking Family Medical Leave Mass Layoffs without providing appropriate notice. These are not the only instances that qualify as wrongful termination in Los Angeles. Wrongful Termination lawyers from Colby Law Firm can help determine if your firing was illegal.

What Is Comparative Negligence?

This depends on a large range of factors, including the nature of your wrongful termination and the role you served in. Compensation can range from several thousand dollars to several million. According to NOLO, those who file claims without the help of lawyers have only a 30% chance of winning their cases. Those who hire an appropriate legal professional see this possibility rise to 64%. In all cases, having an experienced lawyer by your side at the cost of Contingency fees, hourly pay, or combination structures increases the chances of winning your case and usually results in receiving more compensation.

What Is a Notice of Claim?

For almost everyone it is difficult to understand how to handle workplace harassment. Your first action is to be certain that you understand what workplace harassment is. In its simplest form, harassment in the workplace is any kind of verbal or physical pestering or tormenting that targets your gender, religion, or race. It leaves you feeling demeaned, worried, scared or ashamed. Harassment in the workplace is not appropriate and it’s against the law. If you feel that you have been harassed, it’s very important to write down in as much detail as you can what happened as quickly after the harassment occurred as possible. This is when the details will still be fresh in your mind. Also, if anybody at work witnessed the harassment, reach out to them quietly and ask if they can write down what they saw. Step two is to seek legal help if you feel you have been harassed in the workplace. Colby Law Firm knows that workplace harassment can cause a person to feel intimidated, which is why you need us on your side. It isn’t just about the harassment. Being harassed in the workplace can be a shock to the system, causing emotional distress to yourself and to those around you. Don’t try to “go it alone”. Although California laws protect employees, if you bring a claim without legal representation, it will likely be you against your employers’ team of attorneys.

What Our Clients Say 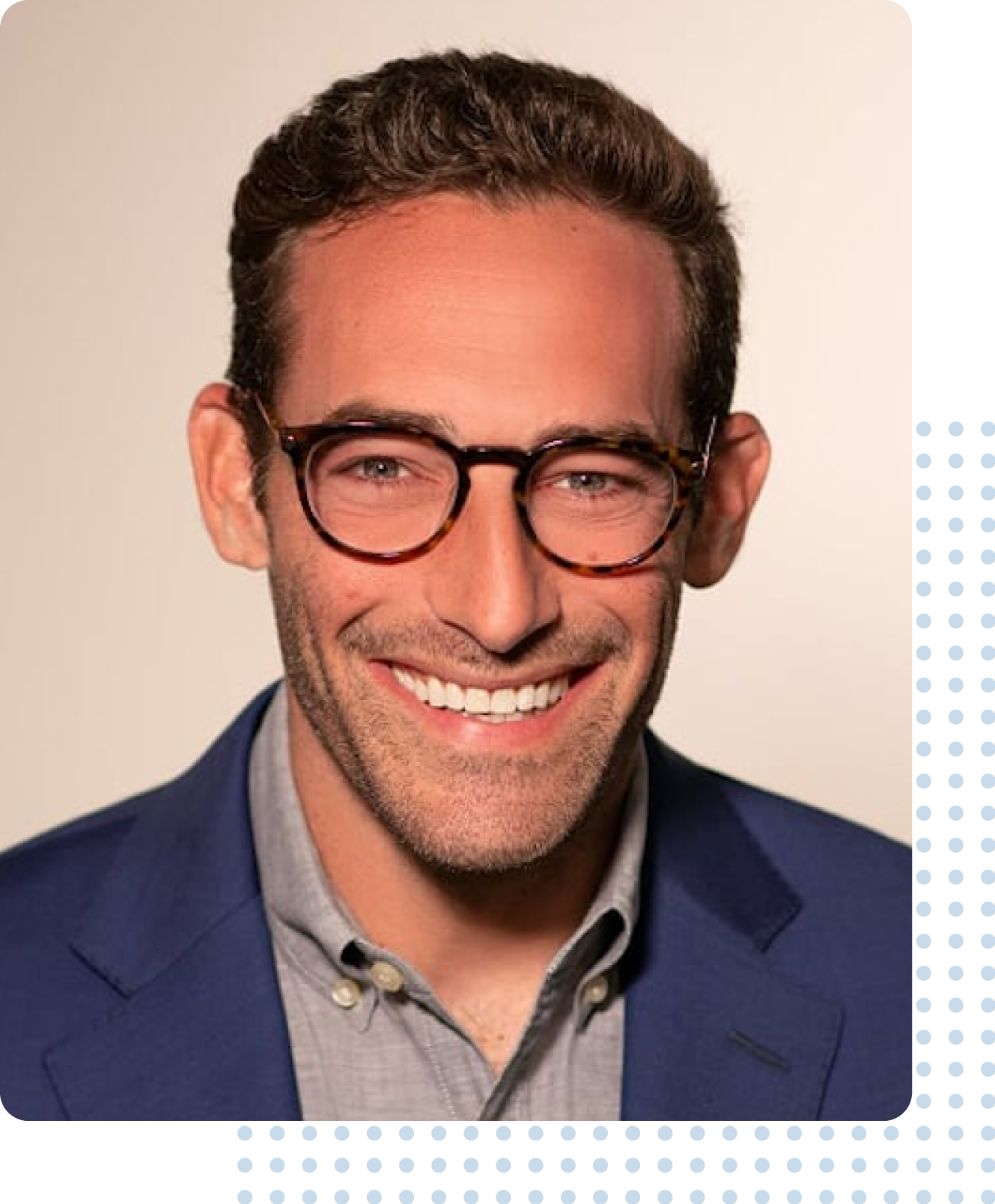 Aaron Colby is a California employment lawyer who knows how to resolve disputes. After 15 years representing companies, he started Colby Law Firm to represent employees. Aaron’s perspective and experience from being “on the other side” gives him an edge. Aaron brings his practical, focused, and relentless approach to helping employees protect their rights.

Aaron graduated University of Michigan-Ann Arbor in 2003 and returned to Los Angeles to pursue a law degree at Southwestern Law School. After clerking for a judge and graduating in the top of his class in 2006, Aaron entered “BigLaw” and began representing companies.

Aaron became one of the youngest equity partners at the national law firm of Davis Wright Tremaine LLP, where he represented businesses of all sizes across all industries in single-plaintiff and class action employment litigation. He fought and settled all types of employment claims (harassment, discrimination, wrongful termination, unpaid wages) in all contexts (direct negotiations, mediations, arbitrations, administrative agencies, judicial conferences, litigation).

Aaron is a regular contributor to the Forbes Food & Drink Blog and a frequent publisher on developments in California employment law.

Free Case Review
We use cookies on our website to give you the most relevant experience by remembering your preferences and repeat visits. By clicking “Accept”, you consent to the use of ALL the cookies.
AcceptCookie Policy
Manage consent

This website uses cookies to improve your experience while you navigate through the website. Out of these, the cookies that are categorized as necessary are stored on your browser as they are essential for the working of basic functionalities of the website. We also use third-party cookies that help us analyze and understand how you use this website. These cookies will be stored in your browser only with your consent. You also have the option to opt-out of these cookies. But opting out of some of these cookies may affect your browsing experience.
Necessary Always Enabled
Necessary cookies are absolutely essential for the website to function properly. These cookies ensure basic functionalities and security features of the website, anonymously.
Functional
Functional cookies help to perform certain functionalities like sharing the content of the website on social media platforms, collect feedbacks, and other third-party features.
Performance
Performance cookies are used to understand and analyze the key performance indexes of the website which helps in delivering a better user experience for the visitors.
Analytics
Analytical cookies are used to understand how visitors interact with the website. These cookies help provide information on metrics the number of visitors, bounce rate, traffic source, etc.
Advertisement
Advertisement cookies are used to provide visitors with relevant ads and marketing campaigns. These cookies track visitors across websites and collect information to provide customized ads.
Others
Other uncategorized cookies are those that are being analyzed and have not been classified into a category as yet.
SAVE & ACCEPT